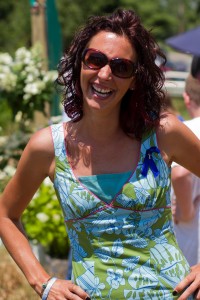 Born in San Leandro, California, Ms. Kemp graduated from Ridgeview High School in Paradise, California in 1996.  In 2003, Ms. Kemp moved to Pennsylvania.  She has pursued a Degree in Criminal Justice at Colorado Technical University.

The mother of two beautiful girls.   Ms. Kemp has dedicated herself to Marley’s Mission and all it represents.  Her commitment to Marley’s Mission is a personal one – her then 5  year old daughter was attacked in the early morning hours of July 5, 2009, in their home in Taylor, PA.  Police immediately responded to her home and captured her daughter’s attacker.

Thrust into the criminal justice system without warning, Ms. Kemp stood steadfastly with her daughter throughout the process.  Her attacker was prosecuted and is currently serving a life sentence in prison.

However, Ms. Kemp’s work did not end once her daughter’s attacker was successfully prosecuted.  She recognized her daughter had to heal and, with the help of an incredible therapist, the process began.  Soon after the arrest, the outpouring of support from the community was indescribable. Since Ms. Kemp and her family had to move from the home where the attack took place, a fund was set up to help defray expenses – the Marley Fund, named after her daughter’s pet guinea pig, Marley.

From there, Marley’s Mission was born.

Ms. Kemp has seen firsthand her daughter’s interaction with horses and their innate ability to help children like her heal – unconditional love and trust – from horse to child and child to horse.   Ms. Kemp has successfully completed Level 1 & 2 training in Equine Assisted Psychotherapy (EAP) Certification from the Equine Assisted Growth and Learning Association (EAGALA), an internationally recognized leader in EAP.

In September, 2011, she was among the honorees named “Great Women of Northeast Pennsylvania” at Glenmaura National County Club sponsored by Impressions Media and The Times Leader.  Also, in September 2011, Ms. Kemp traveled to San Diego, California,  on behalf of Marley’s Mission, to accept the “Best New Charity  Award” at the 3rd 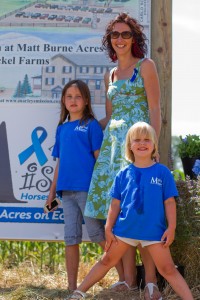 Ms. Kemp has been a frequent guest speaker for various community groups, colleges and universities including The University of Scranton, Marywood University, Keystone College and Baptist Bible College.

“We are known by the tracks that we leave.” Native American Proverb